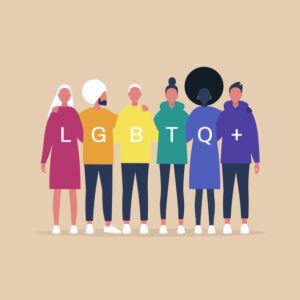 The U.S. Supreme Court’s recent ruling solidifying the rights of LGBT people in the workplace is sure to have a major effect on employment law in Georgia. The landmark decision, which originated as a lawsuit filed in Clayton County, confirms that Title VII of the 1964 Civil Rights Act bars employers from making decisions based on an employee’s sexual orientation or gender identity.

What does the ruling mean for Georgia employers and employees? There are many implications, but one of the most important is that aggrieved employees can now use Title VII to file lawsuits alleging sexual orientation or gender identity discrimination in federal court. This right to sue based directly on Title VII is especially critical in Georgia, which does not have a comprehensive state anti-discrimination law.

The Georgia Fair Employment Practices Act (GFEPA) prohibits discrimination based on sex, among other criteria. However, the GFEPA applies only to state agencies with 15 or more employees. Even if the GFEPA’s definition of sex is interpreted to include sexual orientation and gender identity, very few Georgians qualify to bring a lawsuit under that statute.

Since U.S. Supreme Court decisions have supremacy over state law, the ability to file suit is now available to any Georgia employee, public or private, who alleges they were discriminated against based on sexual orientation or gender identity.

The Reddy Law Firm, P.C. in Suwanee has thoroughly analyzed the Bostock ruling and is ready to advise both employers and employees regarding their rights and responsibilities in its aftermath. Employment discrimination cases are a major part of our practice and clients in Gwinnet County, Fulton County and the surrounding areas trust our Suwanee law firm to handle these sensitive issues. To schedule a free attorney consultation, please call 678-629-3246 or contact us online.

Please fill out the form below and one of our attorneys will contact you.